Tax Habits That Will Need To Change In 2018

By Richard Oxford on January 3, 2018 in Uncategorized 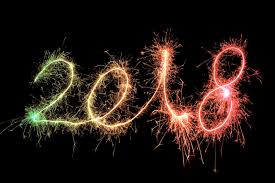 Like many people, I look hopefully at the New Year and all its potential.  The changes in the tax code are still not out in full detail. This is something the IRS has often done by year-end. Enough is out to safely say that one New Year’s resolution should be to change some old habits around both financial behavior and record keeping.

Structurally, many things remain the same.  There are still seven tax brackets! Where you land in those brackets will dictate how much of your income you will owe the government.  The numbers have changed from 10% to 12% and 15% to 22% but the standard deduction almost doubling for many will mean that although you might think, “I’m going from 10% to 12%, that’s more tax on me”, the end result might actually be less out of pocket.  There are also increases in child tax credits, so families in the lower brackets are likely going to get additional help. But, the personal exemption is gone.

There is no tax planning to be done at that level.  It will just have to play itself out and we will all settle into our new skin.

The changes for small business owners with pass-through income are very complicated! A deduction against pass-through income is tied to W-2 wages paid by the business. Since many businesses pay little or no W-2 wage, there may be some big disappointments. Many of us thought that the new pass-through deductions would save a lot in taxes.  To actually measure the real benefit for most will mean careful planning and likely an increase in W-2 wages paid, with the resulting additional payroll taxes being weighed against the lower tax rate to get a small targeted additional benefit at best.
Another potential major change is the loss of the ability to re-characterize, or “unroll” a Roth IRA conversion.  This change will not affect most taxpayers. But for those doing a strategic Roth conversion, the ability to unwind it later in the year was a safety valve against a mid-year income surprise. Now, most Roth conversions are likely to be done only in the last few weeks of each year in order to avoid this potential pitfall.  The weeks between Thanksgiving and Christmas have typically been among the quietest times in a financial advisor’s office, but they are now likely to be among the busiest!
But the bigger changes that are really going to matter are numerous.  Everyone is talking about the state, local and property tax deduction limit. This will affect many people in more expensive areas.  Home equity line loan interest is no longer deductible.  Many Americans have been trained by the tax code to use a HELOC for auto loans or for second homes. These accounts are much more flexible than a standard mortgage.  Many of those people are still above the new $24,000 standard deduction and may need to rethink their borrowing behavior. The risk for home equity loans is that most have a variable interest rate and we are in a rising rate environment.  The rate risk without the tax benefit may no longer be worth it!

You know the old saying:  Change is the only constant in life.  So, we can complain, be blindly excited only to be unpleasantly surprised later, or shrug it off as “Whatever, I’ll find out how I fare in 2019 when I file my 2018 taxes”.

Those who like to keep as much of their money as possible need to add time to a tax planner’s office to their New Year’s resolution list.  The alternative is to just hand that hard earned cash to the IRS.  Planning with a professional will be easier than losing weight. A “WIN” in the resolutions achieved column will feel great!