People Are Not Rational Investors

By Richard Oxford on February 3, 2022 in Financial, Investing, Uncategorized 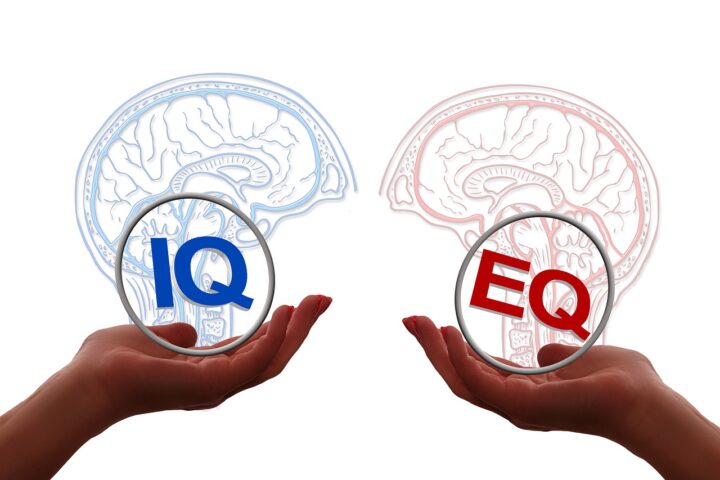 With all of the market history, Internet Stock Guru’s, and other information available, the average investor still underperforms when compared to the market.

They are investing emotionally rather that logically (without emotion).

Emotional intelligence (EI) represents the ability to understand and manage one’s own feelings and emotions. Emotionally intelligent people excel at managing relationships with others and making favorable decisions under pressure. Emotional Intelligence in investment is the ability to make logical decisions while avoiding emotion driven mistakes. These would include decisions driven by fear, greed or jealousy. ‍

In 1990, psychologists John Mayer and Peter Salovey of Yale theorized that a unitary intelligence underlay those other skill sets. They coined the term, emotional intelligence, which they broke down into four “branches”:

How Do We Unpack This?

So what does that mean to you as an investor?  I’m sure that you understand the words, but what is the effect on your self-managed portfolio?

Let’s address each of these.

In the early 2000’s, after the crash, my own father bought Petsmart stock.  His reasoning to me was that it had been up to $30/share 6 months earlier and it was a sure thing.  My response is that there could be a reason for the drop, but he was adamant.  The stock went to $2 or so and hovered, forever. He bought too early, he bought for the wrong reason.

Face it folks, you are playing into large investors hands when you buy because they bought. People like Warren Buffet are successful because they share their purchases well after the fact.  Then followers buy the stock driving the price up.  Besides, do you think Buffet pays retail? No, most of his transactions are private sales at a significant discount.  He beat you twice.

Investors tend to be extremely greedy. Market moves tend to have signals.  Competent investment managers watch for the signals of a change in direction.  Individuals generally do not!  The thinking is when the market has a direction it will continue forever.  I made 20% last year; I’ll make 20% this year.  They ride the wave to the point it crashes and then they ride it down past where they should have taken their lumps.  The old saying, “Pigs get fed and hogs get slaughtered” applies here.

Let’s face it folks, nobody likes to be wrong.  Whereas many an Investment Advisor will drop a bad decision like a hot rock, individual investors tend to convince themselves that their decisions were correct and hold too long. It’s sort of a fight or flight syndrome in the stay or exit decision.

Equities buying should be a totally clinical analysis of the potential ROI on the purchase based on fundamental or technical.  (Good companies/products are not always good stocks.) Liking the product is not prerequisite to purchasing the stock (i.e. Blackberry).

“However researchers have recently uncovered some hard numbers. Their findings? Americans reach retirement with approximately 15% more money and report feeling more at ease about their financial lives — all by simply working with a financial advisor. Additionally, 79% of those who consult a financial advisor describe feeling confident in achieving their retirement goals.(2)”

These truths carry through in your personal accounts and self-managed IRA as well as 402(k) type accounts.  You are better off finding a competent Investment Advisor and you will be wealthier later in life and probably at death. They have no emotional attachments.